Dr. Rupert Montgomery is a side character in The Room VR: A Dark Matter. He is dubbed The Archaeologist by The Craftsman. His disappearance sets off the chain of events in the game, as The Detective is charged with investigating his disappearance.

Judging by a photograph of him seen at the beginning of The Room VR: A Dark Matter, Dr. Montgomery is a Caucasian man with dark, slicked-back hair, a receding hairline, and a handlebar mustache. He wears a full suit and coat, decorated with what appears to be a stopwatch. In the game, he is also seen as an apparition of teal smoke, in a dress suit without a jacket.

Dr. Rupert Montgomery was well-educated and knowledgeable in his field, as proven by his doctorate and his manner of writing. He was shown to be sensible and work-driven, but frustrated at his lack of progress in his research of the sarcophagus and eager to accept help from The Craftsman. As he began using the eyepiece more and following hints from The Craftsman, his sanity left him and he dove even further into his work. The notes he left behind document his growing disrespect for his colleagues and condescending view of them. He was described as distracted in the days leading up to his disappearance. In his last letter, he expresses defeat towards The Craftsman and seemingly laments being "blind."

At some point in his life, Rupert Montgomery earned his doctorate, presumably in archaeology. He became employed as a fellow of the British Institute of Archaeology some time later, specializing in Egyptology. When he was fifty-two years old, he embarked on an excavation in Egypt and brought back several relics, the main discovery being a stone sarcophagus. He attempted to tie the relics together and find their purpose or meaning, but struggled to translate the specific hieroglyphs engraved on them. The best he could discover was that they described a ritual intended to trap the souls of multiple people and bring them into the afterlife along with the deceased. He was later approached by the museum's porter, actually The Craftsman in disguise, who offered Montgomery a parcel that had been "left" for him. The parcel contained a note from The Craftsman and an eyepiece, which Dr. Montgomery began to use out of desperation. This prompted his discovery of, research into, and obsession with the Null.

He began experiencing hallucinations of voices coming from the sarcophagus, but cited his fatigue as the source of the distraction. This is when his colleagues began to notice his strange behavior. During this time, they argued with him about "professional standards." He voiced his disrespect for his colleagues in his notes. Finally, his research peaked when he discovered the porter's true identity as The Craftsman and realized that he had been waiting for Dr. Montgomery to finish his research. This caused him to admit to his own blindness and resign himself to his fate. He summoned one of The Craftsman's artifacts and his soul was subsequently trapped inside.

When The Detective defeats The Craftsman, Montgomery's soul is freed along with the rest of The Craftsman's victims.

The Archaeologist was educated in the field of Egyptology and could presumably make steady progress on his duties as a fellow of the institute. Once equipped with the eyepiece, he was able to navigate the secrets of the Null, but not without struggle.

The Archaeologist believed The Craftsman to be the museum's porter up until his disappearance and trusted him for help with his research despite thinking him a "curious fellow." He seemed to despair upon realizing The Craftsman's true identity and motives behind his aid. 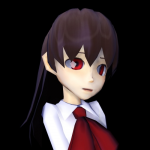 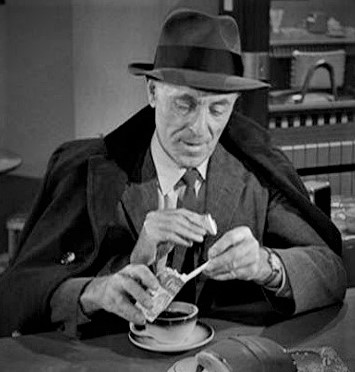